I had some leftover cake mix so I decided to make cupcakes and my favorite meringue frosting.  I finally found an online video from the guys at Outsider Tart on how to do this type of frosting without pouring boiling sugar while whisking egg whites, therefore saving myself from burning to death.  Just place the egg whites and sugar on a bain marie until you get a gloppy consistency then whip using an electric mixer until fluffy and sticky.  I love the light crunch of the frosting after it's been exposed to air for some time.  Plus, it's simple to do so here it is! 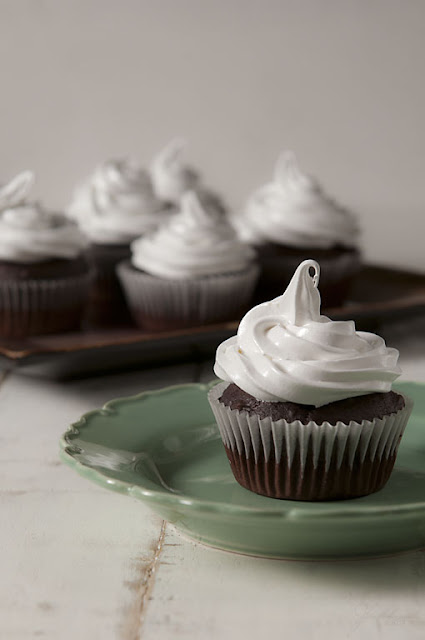 Here's the original recipe from Outsider Tart, but I cut the measurements in half since my leftover mix yielded only 14 cupcakes:

Fill saucepan with an inch or two of water and bring to a boil.  Meanwhile, combine sugar, egg whites, pinch of salt, and vanilla extract in a mixing bowl and whisk until incorporated.  When the water starts boiling, lower the heat so the water comes to just a simmer.  Place mixing bowl on top of the saucepan, making sure the bowl does not touch the water (otherwise the egg whites will cook).  Whisk mixture continuously until you get a gloppy consistency, or when the egg whites register a temperature of 160F on a candy thermometer, about 7 minutes.  Remove from heat.  In the same mixing bowl, whisk the egg whites using electric mixer until stiff and cool to the touch.  Pipe frosting on cupcakes. 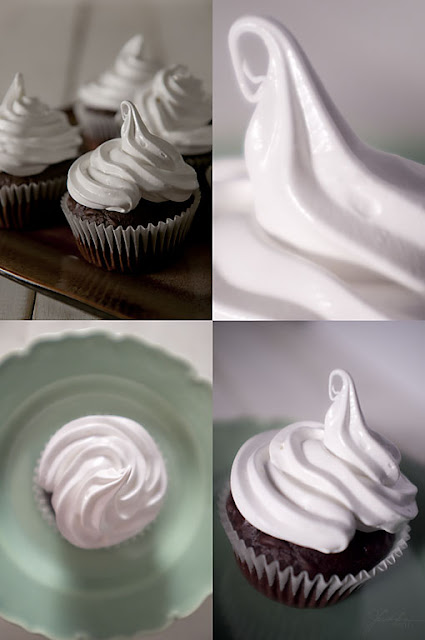