Whenever I cook medium-boiled eggs, I hardly ever succeed.  Today however, the stars somehow aligned in my favor to permit me to achieve eggs with a slightly (just a tad) runny, super moist yolk - perfect. 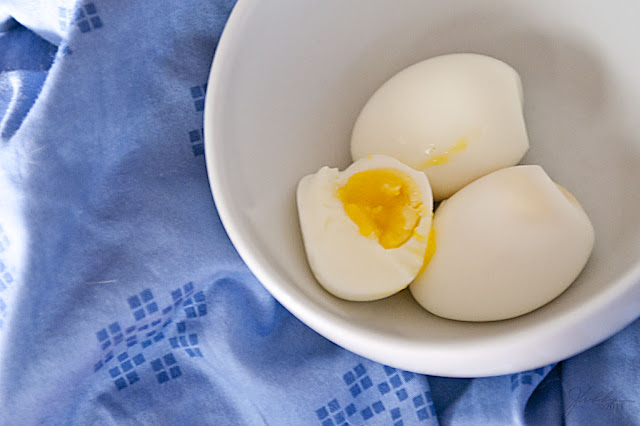 My best friend, who can't seem to get enough of runny egg yolks (she can eat up to 4 yolks in those hotel breakfast buffets!), came to the house in the afternoon so we could have a go at this egg recipe she found on the internet ages ago but never really had the chance to make it.  With the luck I had with the boiled eggs I might as well keep on rolling.  It's basically fried egg in the middle of a slice of bread, topped with cheese, then sandwiched with another egg-bread.  We swooned as soon as the yolk oozed out when the sandwich was cut in half.  Lovely magma-like yellow goodness.  Without a doubt this would be great perfect for breakfast. 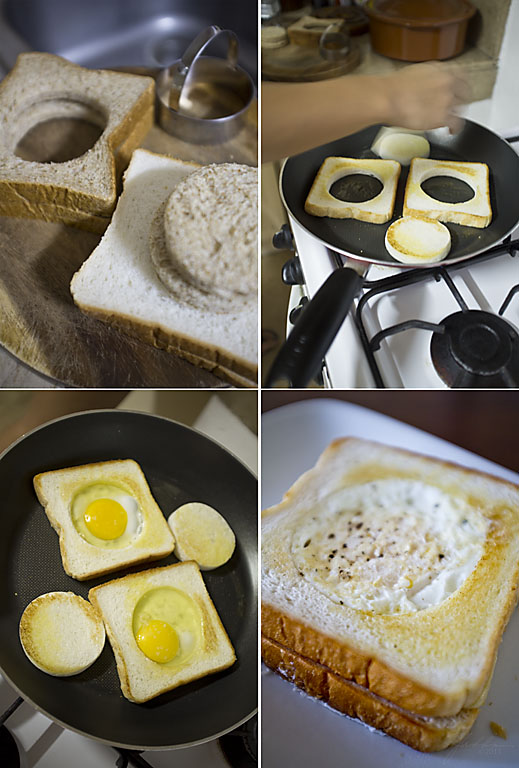 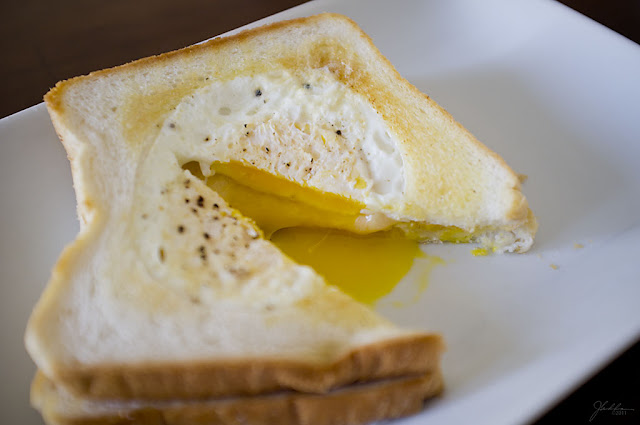 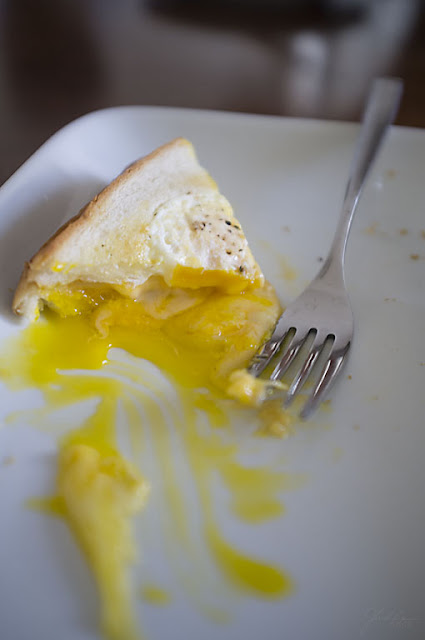 2 slices of bread
2 eggs
a slice or two of your favorite cheese (we used Cheddar and American)
2 Tbsp. butter
salt
pepper

Once the bottoms of both slices of bread are lightly browned, carefully close the sandwiches and cook for another minute or two until they are deeply browned and the cheese is fully melted.

Since this post is about eggs I also made quiche, one of my all-time favorites.  I made my own crust using lard, which I rendered from guess what - pork fat, of course. The result is a much tastier, flakier crust that goes very well with the fluffy egg mixture of the quiche.  Before you roll your eyes in disgust, pork lard is not as unhealthy as most people believe it to be.  It contains less poly-unsaturated fat and trans fat than vegetable lard or shortening.  Using lard instead of shortening may be an affront to most people but I simply don't think it tastes anywhere near as good as lard - or butter - for that matter.  Yes, shortening yields malleable dough and flaky crusts, but flaky yet flavorless is not what I enjoy.  And no, the crust does not - and will not - taste like bacon. 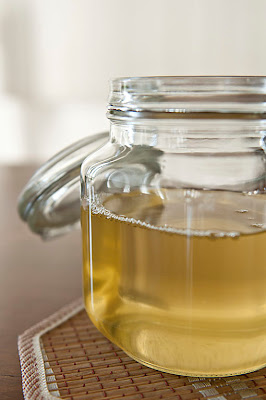 For this dish, I used bacon and caramelized onions for the filling.  The sweetness of the onions was a nice contrast to the salty bacon. 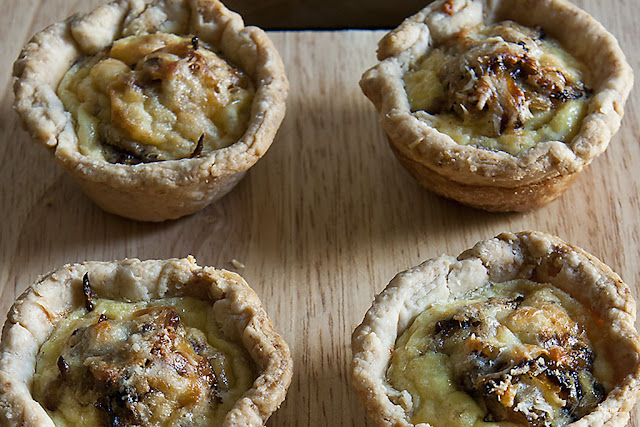 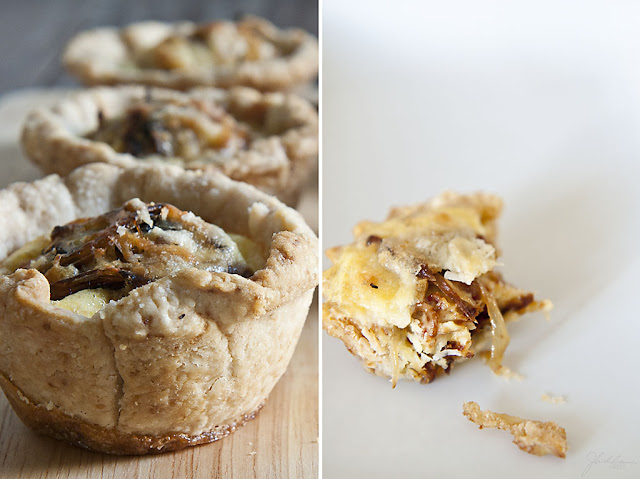 How about you, how do you like your eggs cooked?

Pre-bake the crust
Roll out the dough into a large circle about 1/8-inch thick.  Using a round cookie cutter, cut out circles 4 to 5 inches in diameter and press the circles into a muffin pan.  Once you've filled the pan, refrigerate it for 30 minutes.

Preheat oven to 350°F.  Poke the bottom of the muffin pan with the tines of a fork.  Bake for 15 minutes or until lightly golden.  Remove from oven and let cool a few minutes while making filling.

Caramelizing the onions and preparing the quiche

Sprinkle half the cheese evenly over the bottom of the crusts. Spread onions over the cheese, followed by the bacon.  Top with remaining cheese. In a medium bowl, whisk together milk, cream, and eggs. Season with nutmeg, salt, and pepper. Pour over cheese. Transfer to oven and bake until just set in the center, 15-20 minutes. Cool on a wire rack for about 10-15 minutes before serving.

Lard Crust (makes 6-8 muffin-sized pie crusts):
Combine flour, sugar, baking powder, and salt in a food processor and pulse three or four times to mix.  Scatter the cold lard over the flour mixture, and pulse for around 4 long bursts until the mixture resembles wet sand.  Drizzle in the cold water and pulse until the dough holds together.

Turn the dough onto a clean, floured work surface.  Gather the dough together in a mound, then knead it a few times to smooth it out.  Gently pat and press into a disc shape about 1 inch thick.  Wrap in plastic wrap and refrigerate for at least 30 minutes or up to 3 days.